Hey, what’s up guys Oscar here with elevated canine together with documentary TV We are gonna start a training series called fundamentals of dog training and I hope you guys enjoy alright guys, so the first step in our dog training is Making sure that we charge our markers with what I mean by that is letting the dog know when he’s gonna get rewarded

So in this case, we’re gonna use the word. Yes when we say the word. Yes we are gonna produce a reward it could either be kibble, you see here in my hand or it could be a tug have one back here and

So basically as soon as I say the word, yes, that’s gonna produce the reward Why is that important? It is important because that is gonna let the dog know exactly what he did that is gonna get him paid So, for example, I’m gonna I’m gonna break Benny from his place right now.

So if I go, okay, and if I go Benny place Yes, he knows that he’s gonna get rewarded he can come off of his place place Yes, alright, so we’re gonna start from the beginning place and How we charge this marker?

At this point I’m gonna show you how we start that So what you do is you’re gonna grab your dog come out put a leash on your dog just because Okay, and I’m gonna remove this place out of the way So if I have a dog say that sniffing like how he is right now He’s going around as soon as he focuses on me, and he looks at me.

I’m gonna mark the yes, and I’m gonna pay him Three pieces of the kibble and I’ll stand still he’s looking at me. Yes, I pay again, obviously You know, we’ve done some training with this guy so he knows the program

But we will take out other dogs, or we can show you Yes So here he’s invested in me. He wants to he wants to work Yes He’s being very focused on me. And that’s what you want from a dog All right So I’m gonna take out a puppy Next so you guys to see the the process with the dog that has no training

This is for dogs that are a little more food motivated or you know, some dogs are not treat motivated So you got to find other ways that they are gonna find satisfaction in whatever you give them tug Praise whatever it is in this case

We’re using food just to show you guys the process, so I haven’t done any sessions with him yet He just got in a couple days ago So he as you can see, he’s already a very focused little pup, but you know So I’m gonna show you guys and again, we’re charging the marker as I go. 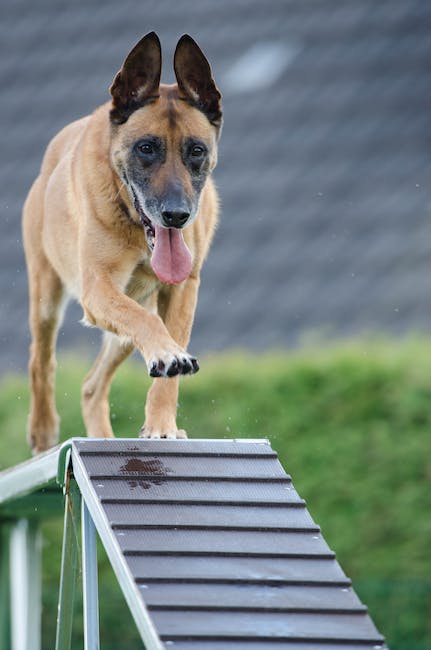 So I’m gonna charge the yes marker at the same time that I’m building engagement. All right. Yes So he doesn’t even know what yes means, but I’m gonna produce a reward He looks at me yes Then I produced a reward I can even make him chase it a little bit standstill

Yes, he looks at me I mark and I feed Yes, you got to make sure that you capture the right moment as soon as you say he looks at you Yes In this one, I’m gonna give them three treats So you kind of you could jackpot make sure that you give them more than one Yes, and you’ll see that there’ll be a lot more attentive rather than you just giving one piece of food You give three pieces of food.

Yes, and then you’ll see how the dog becomes a lot more engaged than you Yes so the reason why I put him on leash is Just so if he was interested in a lot of other things I could stop him I’m not gonna correct them and I’m gonna stop him Yes All right, yes All right guys, so the reason why I’m using food to me It’s just the easiest thing to use when working because I can limit their food a little bit.

Yes. I could feed them Through training and create that bond that engagement. Yes But you can see this little guy already picking it up, all right Yes, nice buddy good boy Yes, and then you just end your session done yeah boy good boy That’s a good All right, guys So just a little recap on this video that we shot Is is how to create engagement and charge your yes marker at the same time again?

So the yes marker means you are gonna produce a reward so the dog looks at you you say the word Yes You reach into your pockets and you can give them one piece two piece three pieces of food Or if your dog is in food motivated, what you do is you’ll go.

Yes, and you’ll bring out the tug Give your dog the tug and play play play play out You can give him another bite or you could put it away He stays focused on you. Yes, bring it out and again you are just Making sure that your dog is invested in you he wants to work for you instead of being into all these other things

What you could do is you could attach it to a leash where he has to chase it play with them remember? It’s about the game Not necessarily the tug So how some dogs you know?

So if that’s for you to find out and there are some videos out there of other trainers Ivan Balaban of Michael Ellis Those are trainers that I look up to again I hope you guys enjoyed this if you guys have any questions, feel free to email us leave comments

Make sure you subscribe you know Zeke is gonna be out here and let them know that you’re interested in some more dog training videos and we’ll do what We can I have I have a lot planned for you guys Shaping how to teach your dog to go to the bed how to walk next to you Recalls, so if you guys are interested, make sure you let Zeke know in the comments.

Review this Information
An examination of the Sportdog Brand No Bark Collarsreview _…
An evaluation of the Sportdog Brand No Bark Collars review_bar id =’...
Read More »
1.5 metre Long Dog Leash Review
Long Dog Leash 1.5 M Dog Lead These leads are Designed by relative pet canine followers, for household animal dog...
Read More »
Blind Dog Harness in addition to on top of that Ring Review
Blind Dog Harness together with along with that Leash Guiding Device This anti-corrosion ring is made from zinc alloy, together...
Read More »